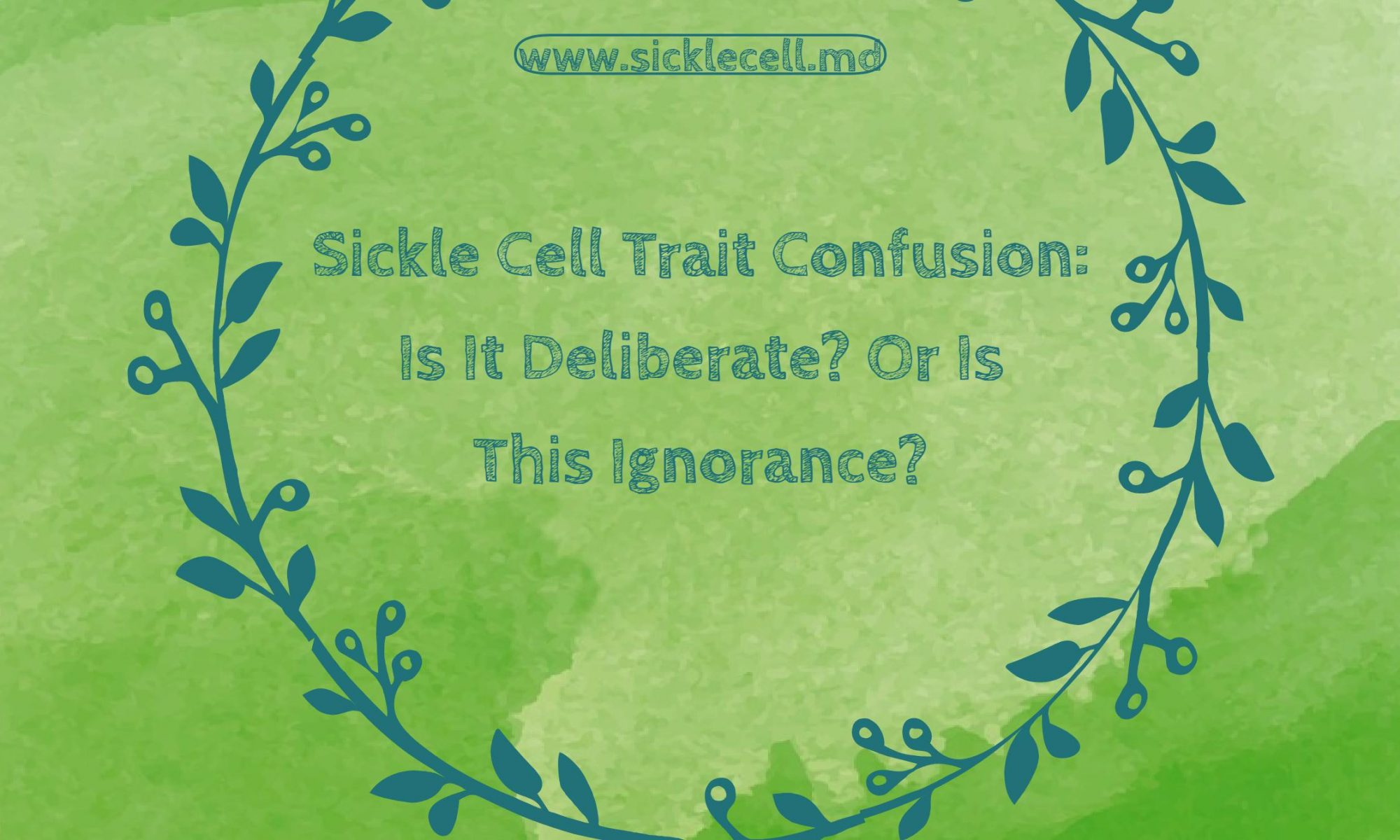 I speak with authority as one who was born into a Sickle Cell Disease home within a Sickle Cell Trait country. One in every 5 of us in southern Ghana including nurses, doctors, business men and women, judges, liars, thieves, university professors, Parliamentarians, athletes, crooks, footballers, Olympic Medallists, and boxers has the Sickle Cell Trait.

In Northern Nigeria with a population of 90 million there are 30 Million Sickle Cell Traits. One in every three babies born there in Kano, Sokoto, Maedeguru is Sickle Cell Trait. And in Accra where I worked at the Korle Bu Teaching Hospital every 1 in 5 babies of the 13000 consecutive deliveries we tested in 12 months had Sickle Cell Trait.

(1) Those who want to learn from me whom Nobel Laureate Professor Linus Pauling listened to when I delivered the Martin Luther King Award Lecture in Philadelphia on the Topic “The Vital Difference Between Sickle Cell Trait and Sickle Cell Disease”, and

(2) Those who prefer what Fontana teaches on Sickle Cell Trait.

For those who have time for me, please set time aside and study the following articles very, very, very carefully:

If you absorb all this information you can help your colleagues and even your doctors in saying exactly what Sickle Cell Trait is, and what it is not.

Finally, Sickle (S) is not the only aching gene we can be born with. The second commonest abnormal Haemoglobin aching gene is “C”. Test for “S” alone (Sickle Cell Test) is not enough. I always test for other genes, not just for Sickle Cell Trait. You can be Sickle Test Negative (that is No “S”) and yet be “C” Positive, enabling you and your Sickle-Positive-”S” spouse to have a child who has two aching genes “S” + “C” to produce Hereditary Rheumatism (Sickle Cell Disease), never ever to be called “SC Trait”, but only to be known as “SC Disease”. Sickle Cell Trait is “AS”, never “SC”. I was born surrounded by both. I know the difference.

3 Replies to “Sickle Cell Trait Confusion: Is It Deliberate? Or Is This Ignorance?”