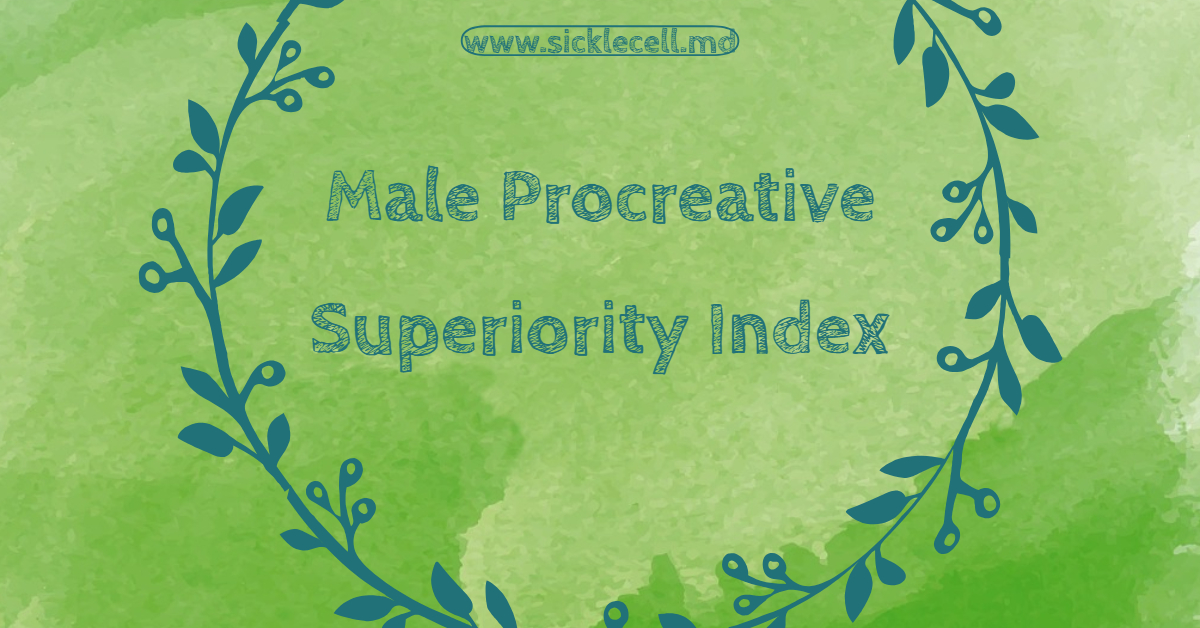 The mathematical Genetic Index that I invented more than 30 years ago “Male Procreative Superiority Index (MPSI)” [British Medical Journal 1980 Volume 281 (6256) pages 1700 to 1702] was meant to explain not only the very high Sickle Cell Trait frequency in certain populations through Polygamy, but also to indicate male superior contribution to what the Daily Telegraph Science Editor (May 7 Front page & page 7) called other “defective genes” in her article “500 children born to just 17 sperm donors”.

But in another article in Journal of Genetic Disorders & Genetic Reports May 13 2014 “History Versus Limits of Science: Is Solomonic Genius a Y Chromosome Phenomenon?” I went further to show that since 1901 Nobel Prizes have been awarded to more than 800 individuals of whom at least 180 (22%) have been recipients of genes from King Solomon – wisest man on earth – who “had seven hundred wives, princesses, and three hundred concubines” [1Kings chapter 11 verse 3]. His MPSI was enormous. The fact that Jewish women’s Nobel Prize winners is a whopping 38% among the world’s females is, I said, “not that solomonic genius resides in the Y chromosome, but that it allows many more offspring than the female”.

Talk these days of Gender Equality is misplaced. Nine seconds and the male’s contribution to baby formation is complete. Females require 9 months! Any reader of this post on Facebook or Linked-In can, by using known relatives like male-female adult twins, prove conclusively that the male twin has in many cases and in any society more children than his sister, thanks to the menopause that halts further female procreation.

Take in Europe even, the divorced male twin who may marry again, and again, and again, does he stop having children with a younger wife simply because his twin sister had her menopause a decade ago? Or take my own Africa, how many women have the same number of children as the man who made them pregnant? Gender Equality makes no procreative sense either in Europe or in Africa. The mathematically minded among us may Google my article “MPSI” and study how the Index can be derived. Also read “History versus Limits of Science: Is Solomonic Genius a Y Chromosome Phenomenon?” to appreciate that the particular gene in question does not have to be in the man’s Y chromosome, but (as I said in the article) “it allows many more offspring than the female”.

Two further points (a) and (b) arise from my MPSI which did not escape one world-class geneticist. In his 2007 book “FIFTY YEARS OF HUMAN GENETICS – A Festschrift and liber amicorum to celebrate the life and work of GEORGE ROBERT FRASER” Oxford University’s world-class Geneticist Professor George Fraser (Remember Fraser Syndrome?) thought my MPSI important enough to include it as one chapter in this 568-page book under the title: “The Male Procreative
Superiority Index (MPSI): It’s relevance to genetical counselling ion Africa”. What was the point I made that has eluded many scientists?

(a) In that chapter I pointed out that something like Prostate Cancer that textbooks mention as having a genetic preponderance among Africans at home and in the Diaspora can be explained with the African’s generally high MPSI. I said (page 49): “As Africans are living longer, the husband with common diseases compatible with lifespan of appropriate length, such as essential hypertension, diabetes mellitus, gout, and even prostate cancer, might in the same way account for more genetic pathology in future generations than would be passed on by any of his wives”. Could Chinese low incidence of prostate cancer be due to the men once forced by Law to have just one child?

(b) Has present severe pressure on African countries for same sex marriage not got more to do with Population Control than Human Rights? MPSI would be meaningless!