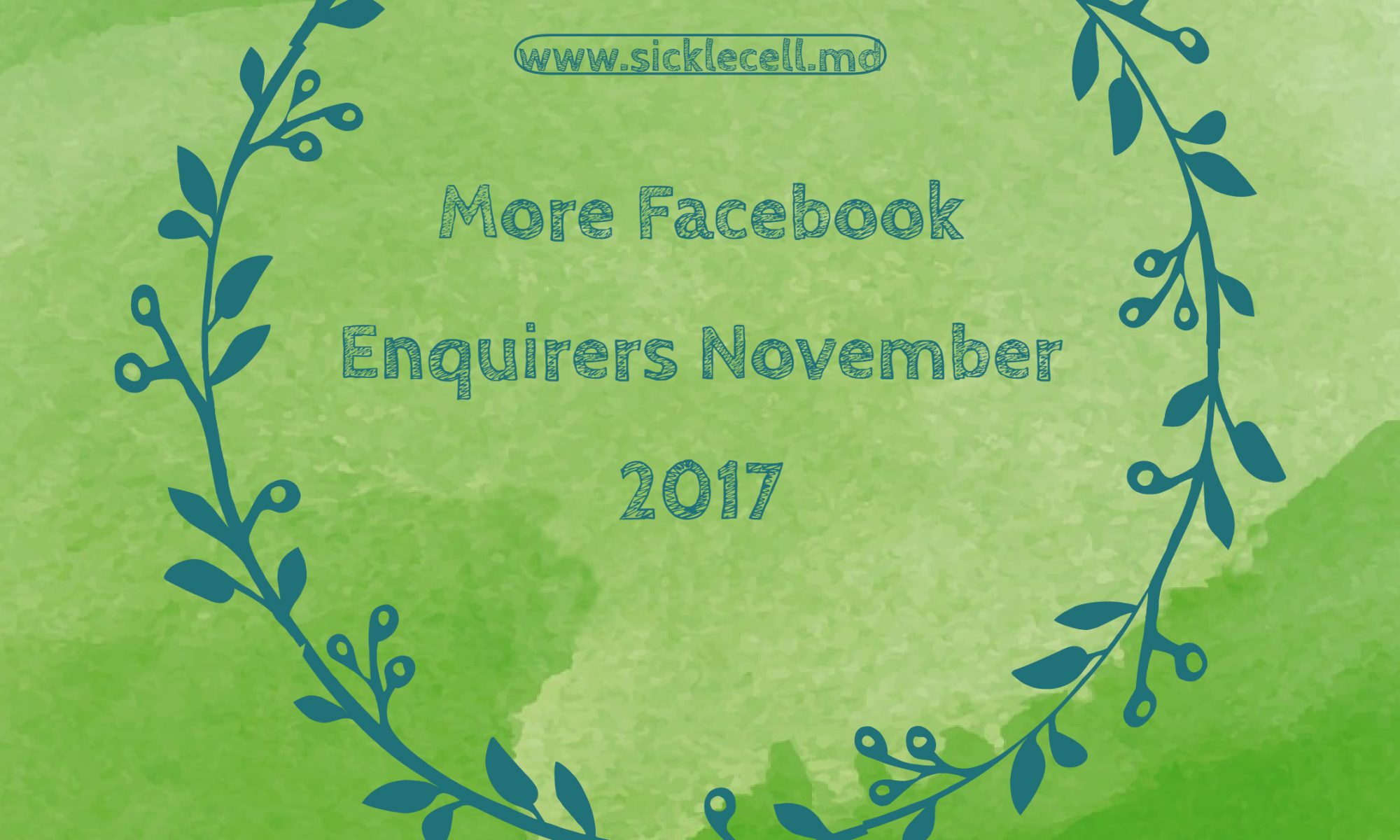 On my www.sicklecell.md Home Page you will see the kanad I invented to explain what happened when my Trait father NORMACHE married my Trait mother NORMACHE. They had 11 children of whom 3 had ACHEACHE, suffering sickle cell disease. Four of us were NORMACHE like our parents (no problems) and 4 also had no problems with NORMNORM.

It is important that readers of this Facebook each find out what Haemoglobin genes have been inherited from their parents. If, like my 3 siblings, any has inherited abnormal (ACHE) haemoglobin gene from each parent then there is no NORM gene to protect from body ache under certain circumstances. I never advise a person with ACHE Haemoglobin gene not to marry someone else, remembering that my parents would have been advised not to marry as some American States are keen to legislate.

Study the kanad video, and come to your own decision. People with sickle cell disease (ACHEACHE) have inherited some brilliant genes from their parents, like beauty, elegance, brains, and become ACHIEVERS in life as we have seen in Ghana. Visit my website, and take time with my Genetic Counselling and Voluntary Family Size Limitation (GCVFSL) http://bit.ly/1w3BuvM
Please get back to me if you can’t access it.

Finally, Sickle (S) is not the only aching gene we can be born with. The second commonest abnormal Haemoglobin aching gene is “C”. Test for “S” alone (Sickle Cell Test) is not enough. I always test for other genes, not just for Sickle Cell Trait. You can be Sickle Test Negative (that is No “S”) and yet be “C” Positive, enabling you and your Sickle-Positive-“S” spouse to have a child who has two aching genes “S” + “C” to produce Hereditary Rheumatism (Sickle Cell Disease), never ever to be called “SC Trait”, but only to be known as “SC Disease”. Sickle Cell Trait is “AS”, never “SC”.

Be the one to teach your doctors if they are confused about these terms. I once mentioned how I referred a lady to have her gall stones removed by a world class Surgeon to whom I wrote this: “Please help this Sickle Cell Anaemia (SS) lady”. Less than one hour later in the same hospital he said he called and said to me: “Thank you Felix for sending me that delightful Sickle Cell Trait lady”. So even world-class Specialists don’t know WHO definitions of who has Trait (1 Normal Haemoglobin gene) and who has Disease (No Normal Haemoglobin gene).

Haemoglobin gene ‘A’ is NOT to be confused with BLOOD GROUP ‘A’. These 2 genes labelled “A” have nothing to do with each other. To check for Abnormal Haemoglobins ask for “Haemoglobin Type”, not Blood Group.