Question: Good Evening Prof, A lady friend of mine is with SC since birth and she loves this guy who is AS. Should she go on with the marriage even though there is a 50% chance of having sickly children?

ANSWER:
Dear C.M., It is not my normal habit to advise who should marry whom, but as you can see from the kanad pictured above with male phenotypes on one side, and female on the other your friend is “SC” (abnormal Haemoglobin ACHE ‘S’ gene from one of her parents, and abnormal Haemoglobin ACHE ‘C’ gene from the other parent, making her ache with sickle cell crisis at certain times.

As you observed, when the dice ACHEACHE on one side is thrown against the dice NORMACHE on the other the probability for each throw of the dice is 1 in 2 (50%) for ACHEACHE to show because the man will show NORM or ACHE with each throw. The sequence is unpredictable because the man may show NORM (‘A’) several times or ACHE (‘S’) several times. Moreover, depending on whether the lady’s ACHE is an egg carrying ACHE ‘S’ or egg with ACHE ‘C’ the children of this union may be ‘AC’ NORMACHE, (‘A’ from the man, ‘C’ from the lady, ‘AS’ NORMACHE like your lady friend’s man, ‘SS’ ACHEACHE, or ‘SC’ ACHEACHE like your lady friend. Please read this statement again until you can explain it to your lady friend. Now, my book “The Sickle Cell Disease Patient” describes exactly such a situation where a Staff Nurse “SC” asked me whether she should go ahead and marry her lover “AS”. After explaining to her just as I have done here, she said to me: “Doctor, I am a nurse and I can care for him when he is unwell. Moreover you have told your patients how to keep out of sickle cell crisis so even if we have “SS” or “SC” children we can cope.” Remember that my kanad shown above (Konotey-Ahulu Norm Ache Dice) has two main functions:

They show you (i) What Could Happen ie PROBABILITY, and what is more important (ii) PREDICTABILITY ie What Will Happen.

If someone tells me: “Doc, I have suffered too much with this hereditary ailment. I do not want any child of mine to suffer like I am doing. Show me the phenotype that I can marry so that even though I have ACHEACHE my children will never have ACHEACHE”. Well, simple: Pick the dice marked NORMNORM and it is impossible to have an ACHEACHE child. But remember that some ACHEACHE people are brighter, more beautiful, and more focussed than their siblings who do not ache. The first option is Genetic Gambling. The second option is Predicting Genetic Certainty.

But here is a beautiful true story: One of my brilliant ACHEACHE “SS” ACHIEVERS fell in love with a NORMACHE “AS” (Sickle Cell Trait) lady. They decided to go ahead and get married hoping that the first child will be from the NORM egg of the lady, and his ACHE sperm, then they will stop, and adopt their second child. Well Mr H.S. engaged this lady, married her, and they had a son, lovely son with all the elegance of the father and the combined genius of both of them, NORMACHE “AS” Sickle Cell Trait. The couple went on to adopt a daughter.

So my duty is to show the difference between Genetic Gambling (Probability), and Genetic Prediction with 100 per cent certainty. If ACHEACHE marries ACHEACHE all the children will be ACHEACHE as shown on the cover of my blue book:

See my website www.sicklecell.md Those who choose Genetic Gambling because they are madly in love should know what could happen. They will limit their family size as Mr H. S. and his wife have done. 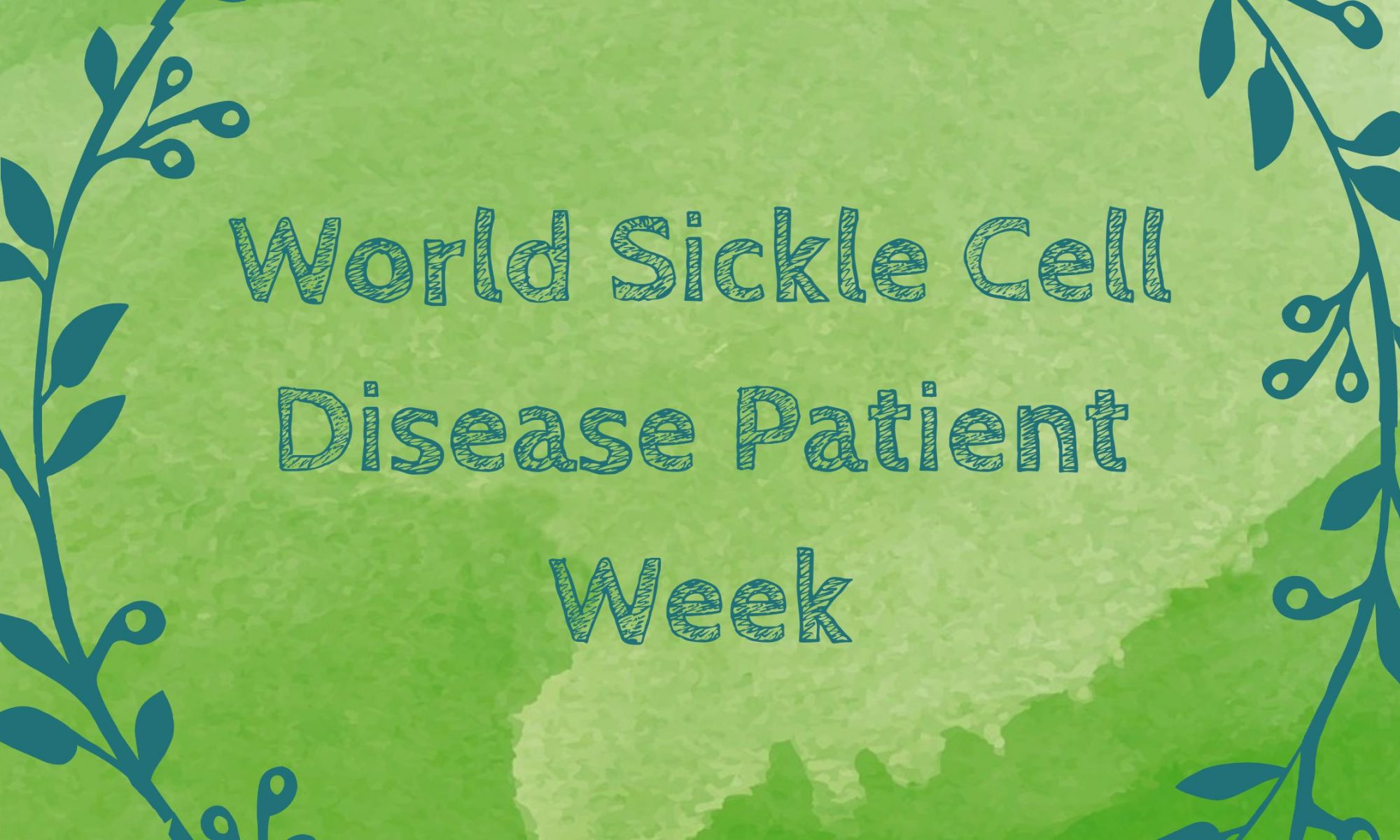 After a successful week of videos in July I have put them all together in one post for you to view.

Introduction
There is such an event called “World Sickle Cell Day” which falls in mid-June every year.

For me who had two brothers and one sister (Victor Agbetey, Jerry Tei and Sussie Konotey-Ahulu) with hereditary cold-season rheumatism or hemikom as this has always been known in my Krobo Tribe in Ghana as the name for Sickle Cell Disease – one day in a year is not enough attention given to a very important problem.

Day 1
Professor Konotey-Ahulu explains the reasons behind the Sicklecell Disease Patient Week and a bit about his history.

Day 2
Professor Konotey-Ahulu interviews an achiever of over 50 years old.

Day 3
Professor Konotey-Ahulu talks about the various African tribes which have various names for the Sicklecell disease. He also explains the difference between trait and the disease.

Day 4
Professor Konotey-Ahulu gives a round up of the videos published and a bit more history on what he found during his career.

Day 5
Professor Konotey-Ahulu continues to talk to an achiever on how he stopped the disease from taking over his life and reduced crises periods.

Day 6
Professor Konotey-Ahulu explains his dice (KANAD) and how it can help explain how people get the disease.

Day 7
An achiever Akosua M Dankwa talks about the Sicklecell Disease and how it has affected her life.

Books
The Sickle Disease Patient book is now on sale at a 50% discount. The book can now be purchased here http://blog.sicklecell.md/shop/ FREE KANAD dice with each purchase whilst stock lasts.