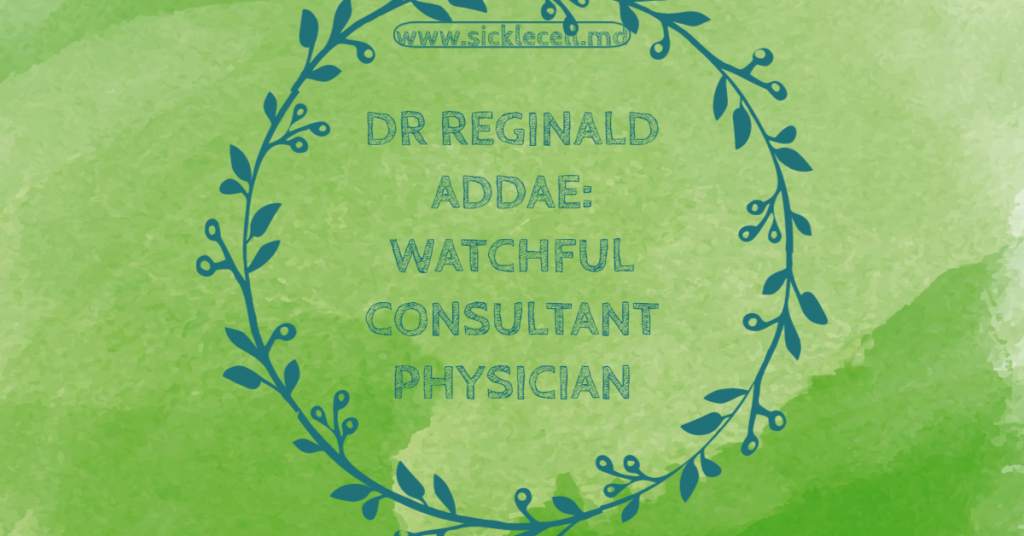 Another great Ghanaian Physician has left us for good, but not really forever because much of what he did in life will be remembered for decades to come. Those who read international medical journals will recall the role DR REGINALD ADDAE & DR FRANK T DJABANOR played in SAVING BLACK PEOPLE FROM HUMILIATION.

“If on certain African routes, a Negro traveller must take an unpressurized aircraft it would be wise to ascertain the sickling status before departure”.

imagine you and I being pulled out of a queue boarding an aeroplane to be tested at the airport for sickle cells. The FALSE international publication was so significant that within a week, the world’s leading Science Journal NATURE, and the leading British Newspaper THE TIMES elaborated the original false article and made their own recommendations. THE TIMES Science Correspondent even went further to recommend that all Black Air Crews should be grounded immediately.

FLIGHT FROM KUMASI TO ACCRA

The FALSE medical report was based on a Ghanaian nurse flying from Kumasi to Accra and who during the 45 minutes flight developed tummy problems. On arrival in Accra she was operated upon by a non-Ghanaian surgeon at the 37-General Hospital now called The Military Hospital. The report in the Medical Journal by 3 non-Africans who had never been to Africa, said the Ghanaian nurse was Sickle Cell Trait proven by the standard test called Haemoglobin Electrophoresis. This report caught the sharp eyes of the two Ghanaian Physicians at the Military Hospital even though “Military Hospital” was not mentioned in any of the international publications. Reggie Addae was the first to write to the international Medical Journal asking for proof that the nurse
was sickle cell trait (Haemoglobin Electrophoresis “AS”). Next to write for proof of what was said to have been performed at our Military Hospital was Dr Frank Djabanor. Dr Reginald Addae gave at least 8 (eight) criteria later known as “ADDAE CRITERIA” to be honoured before any clinical condition could be attributed to the Sickle Cell Trait (“AS”). Meanwhile, Kennedy Airport grounded their Black Pilots and Air Crews.

Professor Hermann Lehmann FRS of Cambridge University wrote to THE TIMES after reading its recommendation that all Black Air Crew should be grounded and pointed out that the Sickle Cell Trait “AS” did not constitute a disease phenotype, and that Sickle Cell Traits ran at the OLYMPIC GAMES at Mexico City, 7,000 ft above sea level, and thrashed the entire world. How could they have a disease? He began his letter of protest thus: “SIR – Your Science Report on December 9 1971 has suggested that all flight crews with SICKLE CELL TRAIT should be removed from flying duties and that all prospective Negro travellers should be screened for sickle cells”.

Dr Frank Djabanor whose protest letter followed Dr Reginald Addae’s said “Sickle Cells are not a Black Condition”, and that Europeans also had Sickle Cell Trait, sometimes “with higher percentages than anywhere in Ghana”. Listen to his logic:

“In some parts of Greece the prevalence of the Sickle Cell Trait is 30% (according to Professors Deliyannis and Tavlarakis, British Medical Journal 1955 volume 2 page 299); more than twice the prevalence in Northern Ghana.” Dr Frank Djabanor then continued with this telling point: “The forebears and descendants of these non-Negro possessors of the sickle cell gene are, doubtlessly, scattered over America and Europe today. How can we identify them, from their external features, to thrust upon them the ‘benefits’ of this advice?” If, “for their own safety” all Negro travellers should be screened, “Surely”, Dr Djabanor continued “the authors would not advocate that we
deny some sections of the world community the benefits of their suggestion”.

I made sure that his burial was marked in the British Medical Journal with a detailed account of what he and Dr Reginald Addae who now follows him to GLORY did for all black people. See https://www.bmj.com/content/364/bmj.I735/rr-7 Konotey-Ahulu FID.
“Aviation Safety: Ghanaians recall media disinformation deriving from scientific misinformation. British Medical Journal Rapid Response March 1 2019 to Partha Kar – Applying Aviation Safety to Healthcare – Are we missing the fundamentals? Partha Kar 364: doi 10.1136/bmj.I735

THIS TRIBUTE TOO LONG?

If some Ghanaians are inclined to think this TRIBUTE is too long, please remember what Dr Reginald Addae and his Colleague Dr Frank Djabanor achieved for us. One in every Five (5) of us Ghanaians reading this, or listening to it, is Sickle Cell Trait (“AS”). Scientists are continuing to claim that 20  percent of us have hereditary “DISEASE SICKLE CELL TRAIT. The British call it a “DISORDER”. The WHO IDM Chart calls it a “DISORDER”. White Experts who knew the truth, and who defended us Black people against Tafracher “scientific nonsense” (Hermann Lehmann, Bela Ringelhann, George Edington, etc) have died. Black Experts have also died (Alexander Boyo, Bill Laing, Teddy Christian, Komla Gbedemah, George Bonney, George Ankra-Badu etc). Now Frank Djabanor and Reggie Addae have also gone.
Those of us Ghanaians remaining who know both the scientific truth, and the “scientific lies” (Alexander Bruce-Tagoe, Joseph Kpakpo Acquaye, Samuel Kwadwo Owusu, Albert Amoah, Dwomoa Adu, Jehoram T Anim, Michael O Matekole, Adzei Klufio, E Q Archampong, Lade Wosornu, myself, etc) will continue to tell the world what Professor Hermann Lehmann FRS told the LONDON TIMES: “Sickle Cell Traits ran at the Olympic Games in Mexico City (where the Oxygen was thin) and beat the entire world”. We salute the Inseparable Duo Frankie and Reggie who have defeated their Last Enemy, Death, and arrived HOME in Heaven. Ao, Ayenyekoo!

Oh think to step ashore, and that shore Heaven;

To take hold of a hand, and that hand God’s hand;

To breathe a new air, and that air Celestial air;

To feel invigorated, and know it, Immortality;

Oh think, to pass from the storm and tempest

To one unbroken smile,

To wake and find it GLORY!