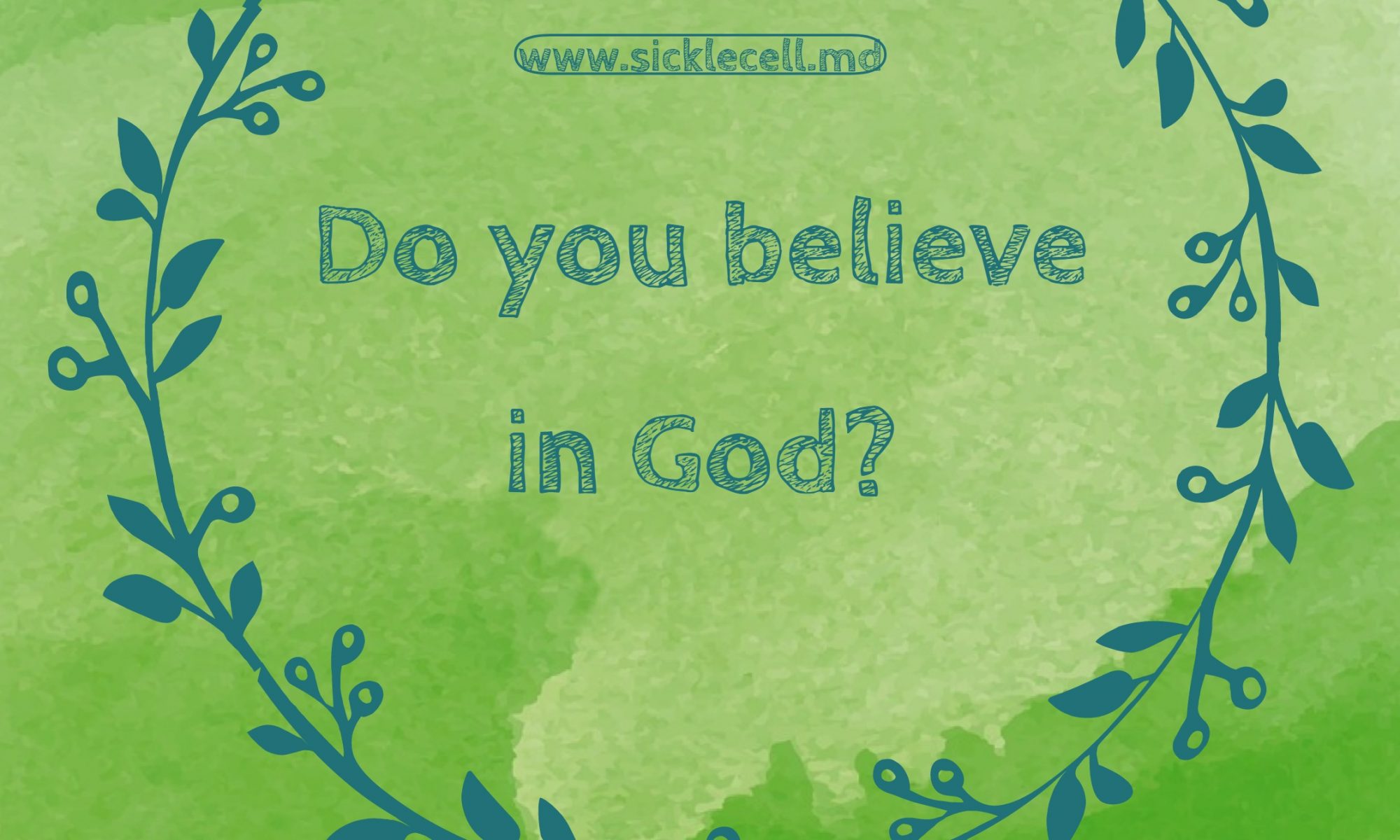 Personal Answer to The Question “Do You Believe in God?

Mentioning God 4 times in headlines June to December 2017 [1-4] the BMJ is clearly not scared of ridicule from the author of “The God Delusion” and “The Greatest Show on Earth: the evidence for evolution” Richard Dawkins [5 6]. Numerous publications demolish the “scientific” foundation of his militant atheism [7-22]. Reading Professor David Berlinski’s excellent book “THE DEVIL’S DELUSION: ATHEISM AND ITS SCIENTIFIC PRETENSIONS” [23] I discern a vast difference between his Princeton PhD-reasoning and Dawkins’s Oxford University DPhil-cogitations. Thankfully, Oxford University has at least 3 other DPhils who believe in the GOD Dawkins denies: Dr Jim Packer’s “KNOWING GOD” is gem of a Classic [24]; Professor John Lennox outshines Professor Richard Dawkins [25 26] in Public Debates, and Dawkins’s previous fellow atheist Professor Alister McGrath writes: “There are many who are deluded about God, and I used to be one of them” [27]. His bestseller “THE DAWKINS DELUSION? Atheist fundamentalism and the denial of the divine” [27] states (page 64) “The God Delusion is a work of theatre, rather than scholarship -….” Alister McGrath and his wife Joanna Collicutt McGrath conclude their book with this question: “Might atheism be a delusion about God?” [27]

TO WHOM IS THIS QUESTION DIRECTED? [1]
The “you” of Modern English is ambiguously singular and plural. I prefer “thou” and “ye” of yesteryears, and I split the question into “Dost thou acknowledge God’s existence?” and “Dost thou believe in God?” Answering “Yes!” to both I rest my confidence on 3 supra-scientific Facts: History, Miracle (properly defined), and Personal Experience.

HISTORY
Historical events that cannot be fathomed through Science are often either dismissed as myths (never happened) or explained away somehow. Professor Know-All’s comments in the BMJ on 4 historical events in Clinical Medicine that I called “supra-scientific” prove my point [28]. The fourth event I described was when my robust younger brother announced on Friday 16th December one year that he had a week to live, and the following Wednesday 21st December as our mother was baking cakes for Christmas he said none of us would be eating cakes that Christmas and we laughed him to scorn; then playing football with him on Friday 23rd December we were both struck by lightning which killed him instantly, and left me with a facial burn [29]. Not only did Jerry have “a week to live”, but also no one ate cakes at Christmas 1949 in Odumase-Krobo while Rev D A Konotey-Ahulu’s second son lay unburied on Christmas Day. Professor Know-All’s “scientific” verdict was “Your brother was accident prone!” [30].

Moses saw the burning bush that was not consumed and, advancing to investigate, heard “Moses, Moses! Draw not nigh hither: Put off thy shoes from off thy feet, for the place whereon thou standest is holy ground”. He was petrified when the voice said “I AM THAT I AM …Thus shalt thou say unto the children of Israel ‘I AM hath sent me unto you’” [31]. Truth of this historical event baffles atheists. That Moses went on to deliver his people from slavery in Egypt is sheer history [32].

When I date my cheques 20th January 2018 I am proclaiming that 20 Centuries ago The Lord Jesus Christ said in Jerusalem “Before Abraham was I AM” [33], the very name that Moses heard at the burning bush. I do not appeal to Science for help in validating the historicity of The Lord Jesus Christ who said 40 times in Apostle John’s Gospel that he was sent [34]. His origins and deeds can only be described as miraculous.

WHAT IS A MIRACLE?
December 1958 to March 1959 was a bad winter for this African in London. Weeks before Final Exams in April 1959 to graduate as a doctor I was admitted with virus pneumonia to Westminster Hospital in Horseferry Road under Dr (later) Sir Richard Bayliss, Queen’s Physician. If I recovered there was no way I could pass the exam because my revision plans were ruined. Discharged in time to sit the Finals, I passed.

My friend Richard Alderson, brilliant English Teacher, and fellow member of Dr Martyn Lloyd-Jones’ Westminster Chapel [35], later saw me and asked how I did. His immediate response when I said “I passed. It’s a miracle!” taught me the correct meaning of the word: “If you had the brain of a hedgehog that would be a miracle”. Exactly! True miracles are way beyond the merely supra-scientific. The hedgehog-brain-answering-exam-questions-on-placenta-praevia type of historical event that defies scientific explanation, is what some scientists deny ever happened. But Nobel Prize winner Sir Peter Medawar published “The Limits of Science” [36]. Lesser-brained scientists disagree, claiming (like Professor Know-All) to have answers for everything.

Well then, “Crucified, dead, and buried; the third day The Lord Jesus rose from the dead” is not Science so it is not History either? Does History not confirm mysterious truths which Science cannot fathom? [37 38]. I knew some Resurrection deniers who hated The Lord Jesus Christ. Their “OK, Jesus rose from the dead, so what?” revealed much. Were they God haters rather than just atheists? Are we really in a “Post-Truth World?” [39].

PERSONAL EXPERIENCE
“GOD is a SPIRIT, and they that worship Him must worship Him in spirit and in truth” [40] – words of The Lord Jesus Christ once quite meaningless to me. Science had/has no definition for “spiritual things” [41-43]. But on Friday 24 October 1952, alone in my university rooms in Ghana reading other words of The Lord Jesus [44] HE miraculously revealed Himself to me. There’s no scientific explanation for what happened that night. Subdued and tearful, I went next-door to tell fellow student James Mustaffah: “Felix will never be the same again!” [45]. I was never the same again. Similar experiences described in Eric Metaxas’s remarkable biographies of Bonhoeffer, Wilberforce, and Luther [46-48] demonstrate this divine intertwining of History, Miracle, and Personal Experience. For me to understand spiritual things now is a Miracle. O Thank GOD!

4 Keown Daniel. What God forgot to tell surgeons: the science of acupuncture Review http://aim.bmj.com/content/acupmed/31/3/345.full.pdf by Anne-Marie Marlow. Downloaded on December 8, 2017.

18 Hoyle Fred. The Intelligent Universe. Michael Joseph, London, 1985, page 25 “Why has the Darwinian theory of evolution by natural selection managed for upwards of a century, to fasten itself like a superstition on so-called enlightened opinion? Why is the story still defended so vigorously?” [This from a Cambridge University Professor, & a Fellow of UK’s prestigious Royal Society FRS]

26 The God Delusion Debate: Richard Dawkins and John Lennox …
www.trentarwine.com › Atheism › Debates19 Jan 2017 – In Birmingham, Alabama, Professor Richard Dawkins and his Oxford University colleague, Professor John Lennox, engaged in a lively debate over what is arguably the most critical question of our time: the existence of God. The debate centred on Dawkins’ views as expressed in his “The God Delusion”.

32 Holy Bible: The Passover. Exodus chapter 12 verses 1 to 51. [Verse 51 “And it came to pass, …, that The LORD brought the children of Israel out of the land of Egypt according to their armies” [A supra-scientific historical event]

33 LORD JESUS CHRIST. “Most assuredly, I say unto you, before Abraham was I AM”. St John chapter 8 verse 58.

34 Konotey-Ahulu FID. MILLENNIUM Hymn – TIME WAS CREATED (Verse 3 of the 7 verses emphasises 40 times The LORD JESUS said in St John’s Gospel He was sent into the world and why – http://bit.ly/cRrZ0s (0 is zero, not o) 2000
Video with music http://www.youtube.com/watch?v=4hconD91uNs

38 Konotey-Ahulu FID. “Private Thoughts: There is no evidence that I was born on a Saturday. Postgraduate Medical Journal of Ghana 1: 32-33” [which often proved the superiority of history over science in arriving at truth] 2012.

40 LORD JESUS CHRIST. To the Samaritan woman at the well: “GOD is a Spirit; and they that worship Him, must worship Him in spirit and in truth”. St John’s Gospel chapter 4 verse 24.

42 Konotey-Ahulu FID. The spiritual and the psychological in Clinical Medicine. (Personal View) BMJ 1977; 1: 1595 www.bmj.com/cgi/reprint/1/6076/1595.pdf doi:10,1136/6076/1595 June 15 “There is a vast area of man’s experience called the spiritual realm which neither Freudian psychoanalysis nor the scientific method can fathom…Approaches to scientific truth and spiritual truth are different. One scientist will read Dr Lloyd-Jones’ ‘Spiritual Depression: Its Causes and Cure’ (Reference 41 above) with much profit while another, with the same qualifications, will find it unintelligible”

44 LORD JESUS CHRIST. For I am not come to call the righteous, but sinners to repentance. St Matthew’s Gospel chapter 9 verse 13. [Reading of which at about 8 pm 24th October 1952 alone in my university rooms in Legon, Ghana, seemed to switch on spiritual eyes that changed me for good]